Amelior was a 6-ft (1.8-m) tall, stocky man with a grey beard. Although he wore spectacles, he also wore a variety of eye patches over the other, each patch adorned in fanciful colors or decorations. His garb was generally that of a common craftsman.[1][4]

An eccentric busy-body and an altogether nosy individual, Amelior's curiosity often rubbed folk the wrong way. Although bumbling and forgetful, he was also good-natured and straightforward with those he had dealings with.[1][4]

Despite his appearance, Amelior was a powerful wizard, learned sage, and a master alchemist. He specialized in the study of the physical universe but also had a great interest in the supernatural and bizarre phenomena. He disdained using his spells for battle but rather he preferred to rely on adventurers or bodyguards instead.[1][4] Furthermore, Amelior was somewhat versed in clerical prayers, owing to his early training as a priest of Mystra.[2]

In his tower in Secomber, Amelior had a number of stone golems under his command. Additionally, Amelior was noted for keeping a dozen cats, each one a bright color: green, fuchsia, mint blue, flame-orange, red, sun yellow, etc.[1]

On his person, Amelior carried a pair of metallic flasks. The first was a copper flask that could unleash a pair of fanatically loyal ogre berserkers to fight for Amelior. Even after death, these ogres would rise again as zombies to continue fighting. The second flask was made of gold and contained a djinn named Hasan; when opened, Hasan would appear to do Amelior's will.[4][6] Additionally, Amelior wore a robe of deep pockets and bracers of defense.[6] At one time, Amelior kept a holy symbol of Mystra around his neck.[2]

Amelior had also created an iron golem and a number of two-headed golems to help defend the town in the event of an attack. Each of these golems appeared as enormous winged gargoyles, though their wings could not make them fly.[7]

In the Seven-Stringed Harp in Secomber, the glowing, floating harp that played in the tavern was actually a permanent spell of Amelior's creation.[7]

Although his inquisitive nature made him unwelcome around many, Amelior counted High Lady Alustriel Silverhand as a close friend. Day-to-day, Amelior relied on his bodyguard Erek to keep him safe.[1]

In his youth, Amelior was a pupil of a priest of Mystra, known as Brother Felloman.[2]

In his youth, Amelior studied under a priest of Mystra called Brother Felloman. During this tutelage, he encountered a ghoul for the first time, who was once the moneylender Wexelar, a man whom Amelior's father once owed much money to.[2]

Eventually, Amelior gave up on being a priest and turned his hand to wizardry. After a few years of studying the Art, he was hired by a group of adventurers to find the golden eye of Rethekan in the ruins of Ascore. As the adventurers battled their way into the heart of the tomb, although one lost an arm to mummy rot, they soon reached the lair of the mummy, Rethekan, Avenger of Bhaal. Whilst Amelior dawdled to collect curios, the rest of the party was overwhelmed by the formidable guardian and he was forced to bargain with the creature. Amelior tricked the blind Rethekan into releasing his allies and him, in exchange for a glass eye.[8]

Sage Supreme of the NorthEdit

At some point, Amelior investigated the ancient ruins of Old Owl Well where, although his findings were inconclusive, he believed the well was in some way magical. He found that nothing he could do would lower the water level of the well, even temporarily.[9]

On Mirtul 8, 1357 DR, Amelior Amanitas and his manservant, Erek, embarked on a journey around the North upon Elminster's request. They departed in Amelior's flying gasbag, powered by an air elemental and a fire elemental.[3][5]

In Hammer, 1358 DR, Amelior returned to Secomber from his journey, his entourage of multicolored cats in tow.[10]

Between 1358 DR and 1370 DR, Amelior Amanitas was actively interested in the legends of an enchanted wood somewhere within the High Forest.[1]

Amelior as seen in Gateway to the Savage Frontier. 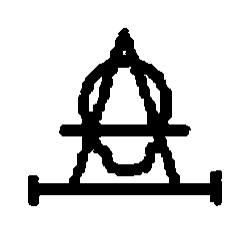 Amelior's personal sigil.
Add a photo to this gallery

Retrieved from "https://forgottenrealms.fandom.com/wiki/Amelior_Amanitas?oldid=534774"
Community content is available under CC-BY-SA unless otherwise noted.