The Requests page is for making requests for new articles or edits to be made to existing articles, in order to fix problems and better target our work to meet the needs of our readers and Forgotten Realms fans.

You may request, for example:

Please do not request more than a few tasks at a time so that the list does not grow absurdly large. Please don't make requests idly either; focus on things useful to you or important to the setting or the wiki. Tell us why you want to know or what you want to use it for, so we know we can help the fans. Furthermore, focus your requests on specific topics, not wider subjects, so they can be more easily addressed. Requests that are against existing policy will not be addressed. Changes to policy will not be addressed here, but at individual policy discussions (on Talk pages or in the Forum).

Please make your requests in the following format for ease of reading. Just copy and paste the following code, add it to this page, and replace the text.

The Dragonspawn so far...

What you are proposing is essentially to have an altogether new category scheme that is an exact overlap of the current one. You would now have "Inhabitants->Inhabitants by race->French–Irish Inhabitants->Lhynard" But you would also have to have "Inhabitants by race->Humanoid Inhabitants->Human Inhabitants->French–Irish Inhabitants->Lhynard", because not all inhabitants have known ethnicities or sub-races or even broader categories. For example, many elves in the Realms have to be categorized as simply elves, simply because their specific sub-races are not known. This means that every single race category is going to need a Foo Inhabitants subcategory. So you end up making the categories far more complicated than they need to be, creating an entire parallel tree of categories.
Second, as Moviesign said on your talk page, this is what Category intersections are for. If anyone wants a list of all elves who are individuals but do not have a more specific subcategory, they can use [{{fullurl:Template:Category intersection|cat1=Elves&cat2=Inhabitants&action=purge}}] to get this list.
Third, your current edits to demonstrate your idea are inconsistent. You put, for example, Category:Blood fiends, Category:Rakshasas, Category:Night hags, and Category:Nightmares as a subcategories of Category:Individual fiends, but Category:Individual fiends should certainly only contain other Individual Foo categories. And many other categories that you made have this error as well.
Fourth, to do it the way that you are proposing requires changing literally every single article page for individuals, deleting their current race Foo and replacing it with Individual foos. I really don't think there is any pressing need to completely redo that many thousands of pages. Every individual already has the Inhabitants category. A category intersection will do.
I am going to undo the incorrect placement of Foo categories into Individual foo categories right now, but I think we should undo your other changes as well. I do like the idea of adding a category intersection link to each of the creature category pages though. Would doing that make you happy?
~ Lhynard (talk) 03:19, February 2, 2019 (UTC)

Please copy completed requests here, marking what action has been taken and how this resolves the issue.

Removal of the redirect from page "Faerûnian pantheon". done!

I've created the article with Kara-Tur lore, and introduced the Blood & Magic name and location, which I'll cover in more detail when I tackle that part of the game. Free free to spice it up with the Al-Qadim version! — BadCatMan (talk) 12:59, October 14, 2016 (UTC)

Cool. We got much more than I expected. I'll keep hunting for lore, and might do the B&M information sooner. The original Oriental Adventures hints at a yuan-ti empire deep in the southern jungles of Kara-Tur, but since there are lots of jungles down there, in and around Malatra, I have to determine where the yuan-ti dwell. — BadCatMan (talk) 06:20, October 15, 2016 (UTC) 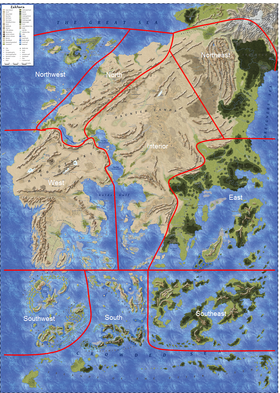 Retrieved from "https://forgottenrealms.fandom.com/wiki/Forgotten_Realms_Wiki:Requests?oldid=554861"
Community content is available under CC-BY-SA unless otherwise noted.