Claws[1]
Bat-like wings[1]
Half-fiends were the hybrid offspring of a fiend and another creature.[1]

Some of the more numerous, powerful, or otherwise prominent varieties of half-fiends include: 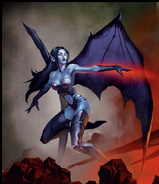 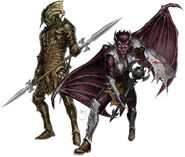 The half-fiend is on the right, next to the half-dragon.

A durzagon, the spawn of a duergar and a demon or other fiend. 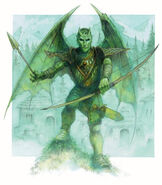