House Do'Urden, also known by its ancient and formal name, Daermon N'a'shezbaernon,[1] was a drow house of Menzoberranzan. Upon its destruction in 1339 DR, it was the eighth house.[4] The house was reformed as the eighth house in 1484 DR by Matron Mother Quenthel Baenre.[3]

The Do'Urden compound was located in the district of West Wall in Menzoberranzan. It was in fact built into the wall, with stalagmites forming the posts for the main gate.[2]

The two-level cave complex housed most of the house's residents. The first level featured a maze of tunnels, residences, training grounds, and a two-story chapel along the back wall. No stairs led to the upper level, restricting entrance only to nobles (who had levitation abilities), who could enter through the chapel or front balcony.[2]

The ruling family lived within a set of suites on the upper level. The patron lived in a two-room suite, and the weapon master's three-room suite included private quarters, a training area, and the house's war room.[2]

After the house was destroyed in 1339 DR, the compound remained in ruins for more than a century. House Barrison Del'Armgo and House Melarn used the ruins as training grounds for their troops[5] until 1484 DR, Quenthel Baenre ordered Bregan D'aerthe to clear the grounds in preparation for the house's restoration.[6]

House Do'Urden was ranked tenth house in the city until 1297 DR. In that year, the day on which Drizzt Do'Urden was born to Matron Mother Malice Do'Urden, House Do'Urden attacked House DeVir, the fourth house. Using the power involved in Drizzt's birth, Malice and her priestesses were able to create a spell capable of defeating House DeVir. With this defeat House Do'Urden became the ninth house. During the battle, eldest son Nalfein, a house wizard, was assassinated by the second son Dinin.[7]

House Do'Urden was favored by the ruling House Baenre, and therefore by Lolth, for many years. However, during a surface raid, Drizzt saved the life of an elven child (Ellifain), and House Do'Urden lost the favor of Lolth. Other houses discovered the house's fall from grace, and in 1328 DR House Hun'ett began its covert attack on House Do'Urden. To regain Lolth's favor, Malice sacrificed Zaknafein Do'Urden, the father of Drizzt, instead of sacrificing Drizzt. This action was the "last straw" that led to Drizzt deserting Menzoberranzan and wandering the Underdark for a decade. During that decade, House Do'Urden and House Hun'ett continued to feud, neither having the favor of Lolth and each weakening the other but never to the other's victory.[7][4]

Drizzt's siblings Briza and Dinin tracked down their rogue brother in the wilds of the Underdark but failed to bring him home or kill him. Malice took her biggest risk and summoned Zin-carla, a spirit-wraith, to hunt down Drizzt. To gain the power to do this, she sacrificed SiNafay at the altar and used the long-dead body of Zaknafein as zin-carla's host. However, during his trek to hunt down Drizzt, the mind and senses of Zaknafein returned enough for him to jump into an acid pit in order to save his son. Thus, Zin-carla failed and Drizzt was not captured; Lolth's favor was lost forevermore. Briza killed her mother for her failure, becoming the new matron mother, but at that moment House Baenre moved in to destroy House Do'Urden on behalf of Lolth. Vierna and Dinin were taken in by Bregan D'aerthe and survived.[4]

In 1357 DR, Vierna tried to rebuild House Do'Urden by attempting to kill Drizzt. With the help of Bregan D'aerthe and Dinin (whom she turned into a drider), she attacked Mithral Hall. During the attack, Bruenor Battlehammer slew Dinin, and Drizzt slew Vierna, leaving Drizzt as the last known surviving Do'Urden.[8]

By 1484 DR, soldiers and driders of House Melarn, as well as soldiers of House Barrison Del'Armgo, were using the abandoned Do'Urden compound as a training ground.[9] That year, Bregan D'aerthe soldiers, led by Jarlaxle (named Captain of the Guard[10]), were hired by House Baenre to clear the compound in preparation for the reconstruction and restoration of House Do'Urden as part of Matron Mother Quenthel Baenre's plans to conquer the Silver Marches.[6][11]

To form the house membership, Quenthel selected a number of drow from other houses, starting with her own sister, Sos'Umptu Baenre, to serve as temporary matron mother. Sos'Umptu was quickly replaced by Dahlia Sin'felle after the latter's capture and corruption at the hands of Gromph Baenre and Methil El-Viddenvelp. Tiago Baenre was to serve as house weapon master after his return to Menzoberranzan. Tos'un Armgo, recently returned from the surface with his daughter, was to serve as house patron. The house's garrison and foot soldiers were taken from Bregan D'aerthe, supported by House Baenre. The house was given a position on the Ruling Council as the eighth house.[3]

* never actually used the Do'Urden family name, and was only used as a mate. 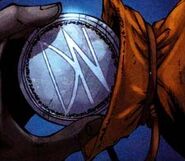 Alternate rendition of the Do'Urden glyph.

A Do'urden banner from Menzoberranzan (game). 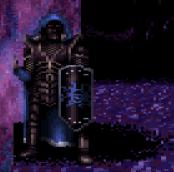 A Do'Urden guard Menzoberranzan (game).
Add a photo to this gallery

Retrieved from "https://forgottenrealms.fandom.com/wiki/House_Do%27Urden?oldid=528252"
Community content is available under CC-BY-SA unless otherwise noted.