The Iron Throne was a mysterious mercantile organization active in the mid–14th century DR.[1] Little was known of its history or the identity of its backers. It apparently operated independently of any government.[citation needed]

Originally founded in the year 1347 DR by Sfena, the daughter of a powerful devil, the Iron Throne quickly flourished and gained a sizeable stake in their region's weapons and equipment trade.[1]

In 1368 DR, one operation of the Iron Throne came close to causing a war between Amn and Baldur's Gate. They orchestrated an iron shortage in the Baldur's Gate area, sabotaging the mines at Nashkel and hiring bandits to disrupt trade, blaming all of this on Amn. The Iron Throne would gain political influence in Baldur's Gate and supply the city with iron from their hidden mine in Cloakwood. However, for Sarevok, a leading member of the Baldur's Gate branch of the Iron Throne and a Bhaalspawn, this plan was nothing but a means for causing a war, which he believed he could use to his advantage to ascend to divinity as the new Lord of Murder. Both plans were ultimately foiled by Abdel Adrian.[2][3]

In 1371 DR, Sfena vanished under mysterious circumstances that hinted of diabolical involvement.[1]

The Iron Throne was apparently bent on seizing a monopoly on the trade in weapons in some areas of Faerûn, and it was known to cut out competition via unhanded tactics like banditry and murder.[1]

The Iron Throne operated through agents, mostly thugs and brigands.[1] Their turnover rate was high with agents being replaced often.[citation needed]

The Iron Throne was often in conflict with the Zhentarim.[citation needed]

The Iron Throne had quite a bad public image. They were charged with attempted assassinations, extortion, thuggery, trading weapons to hostile nonhuman tribes and trafficking in smoke powder, poisons, and drugs.[citation needed]

The headquarters of the Iron Throne in Baldur's Gate (as depicted in the game).

The coat-of-arms of the Iron Throne, inspired by an image on Volo's Map. 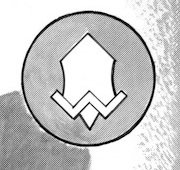 Another rendering of the Iron Throne's symbol. 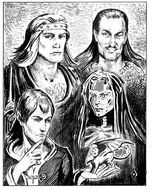 Leaders of the Iron Throne. From upper left: Krakosh, Ritchar "the Red Man", Maready, and Sfena. 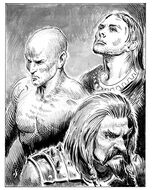 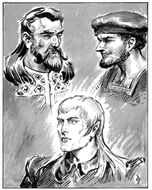 Iron Throne agents. From upper left: Thond of Wyvernwater, Bosson Ketanya, and Posetarik Woodlock.
Add a photo to this gallery

Retrieved from "https://forgottenrealms.fandom.com/wiki/Iron_Throne?oldid=462515"
Community content is available under CC-BY-SA unless otherwise noted.