"All beings should walk free of fear, with the right to live their lives as they wish."
– Watchword of the Harpers

The mysterious Plane of Shadow was a dark and twisted analog of the Prime Material Plane that was discovered by the ancient Imaskari, forgotten for thousands of years, then rediscovered by the first Netherese Empire. Areas of deep shadow on the Prime Plane, especially subterranean darkness, could become a focus for a vortex to the Plane of Shadow, allowing travel between the planes while the vortex remained open. Upon entering the Plane of Shadow, the dim surroundings looked oddly familiar, but the similarities diverged rapidly as one moved away from the entry point, making mapping the plane impossible. Skilled practitioners of the Art could cast the shadow walk spell, and either enter the Shadow Plane or traverse great distances very rapidly by skirting along the border between the planes before stepping back into the Prime.

Despite its forlorn appearance of abandonment, the Plane of Shadow was home to a wide variety of creatures. Over the millennia, all manner of animals and monsters either wandered into or fell through a vortex and got lost or became trapped. Those that survived eventually became dark creatures imbued with shadowstuff, often with unique abilities. A nearly immortal race of shapeshifters known as the Malaugrym were also quite at home here. Probably the most dominant inhabitants were the descendants of the ancient Netherese enclave of Thultanthar which escaped the Fall of Netheril by shifting the entire floating city into the Plane of Shadow. Over centuries, each generation adapted to the new environment a little better as it replaced part of their humanity with shadow essence, until they became shades.

At some point in its history, the deities Mask and Shar carved out their dominions on the Plane of Shadow. When Shar choreographed the demise of Mystra, precipitating the Spellplague, she managed to inject some of the energy from the Negative Energy plane into the Plane of Shadow, which changed its fundamental nature. Suddenly, the souls of the dead were drawn here first on their way to the afterlife. Shar named the altered plane the Shadowfell. 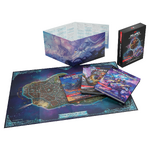 Spelljammer: Adventures in Space is a boxed set released on August 16, 2022. Set in the Spelljammer setting in the Astral Plane, it includes a setting guide with six new playable races, new spells and magic items, rules for spelljamming, and an introduction to the Rock of Bral; a menagerie detailing over 60 new and returning creatures; and an adventure, Light of Xaryxis.
“
Spelljammer: Adventures in Space presents the Astral Plane as a Dungeons & Dragons campaign setting unlike any other. Home of the stars and gateway to the heavens, the Astral Plane teems with excitement and possibility. With the help of magic, spelljammers can cross the oceans of Wildspace, ply the silvery void known as the Astral Sea, and hop between worlds of the D&D multiverse.
” 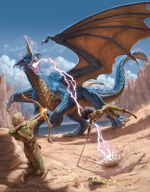 Dungeons & Dragons Starter Set released in August and October 2022 is a boxed set containing an introductory rulebook, the Dragons of Stormwreck Isle adventurer, pregenerated character sheets, and dice.
“
Everything you need to start playing the world's greatest roleplaying game.

This box contains the essential rules of the game plus everything you need to play heroic characters caught up in an ancient war among dragons as they explore the secrets of Stormwreck Isle.
” 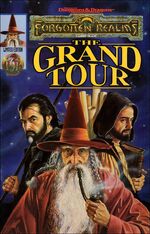 The famed sextet of adventurers, Bobby, Diana, Eric, Hank, Sheila, and Presto, appear in Shadowdale after somehow arriving from a different world. During their journeys, they had befriended the magical unicorn, Uni, and even faced off against Tiamat herself. Now in Faerûn, they meet the Old Mage, Elminster, and the wizard of the group becomes his apprentice. Elminster and his new student explore the Realms, where they observe legends such as Drizzt Do'Urden and Qilué Veladorn, and even meet the well-known storyteller, Volothamp Geddarm. 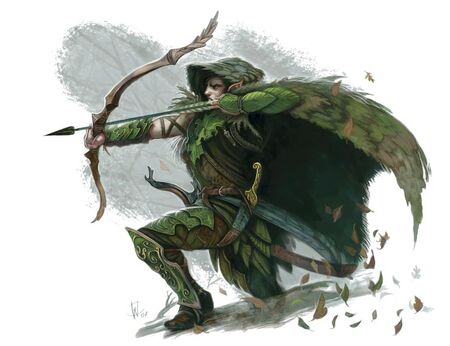 Well met, traveler! This wiki covers the rich and popular Forgotten Realms campaign setting for Dungeons & Dragons from TSR, Inc. and Wizards of the Coast, including Realmslore from the Oriental Adventures, Al-Qadim, Maztica, The Horde, Planescape, and Spelljammer settings, covering sourcebooks, novels, video games, comics, and more across all editions. See the aims and scope of this wiki here.

Note: Write in past tense and provide dates.
Beware: This wiki does not provide spoiler warnings.