"Laws and rules must be observed at all times. Even by kings. For if a realm is a bright-armored knight, every rule broken is a piece torn away from his armor that a traitor's blade can thrust through later, with its wielder crying, 'But in days gone by, so-and-so set aside this rule, why then cannot I?' "
— Vangerdahast Aeiulvana, on the laws of Cormyr 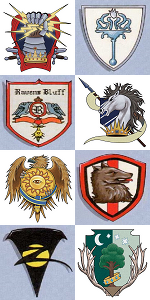 The Heralds of Faerûn, or simply the Heralds, were a quasi-independent group of historians and heraldists that took on the responsibility of recording, preserving, and policing the coats of arms, flags, standards, shields, badges, mottoes, symbols, and sigils of armigerous individuals, families, houses, kingdoms, cities, organizations, and mercantile and mercenary companies across most of Faerûn.

Founded in the Year of the Watching Helm, 992 DR, as part of the Harpers, it eventually became difficult for the Heralds to maintain their neutrality and uphold their reputation for impartiality, so they split from the Harpers in the Year of the Empty Scabbard, 1116 DR. The Heralds policed themselves rigorously, removing members who abused their position of power, even reluctantly resorting to assassination in the most egregious cases of corruption. As a result, the Heralds' influence and recognition spread to cover almost every corner of Faerûn west of Thay.

The organization was led by a small council known as the High Heralds, and their apprentices and assistants were called the Heralds Pursuivant. Below these were the many local Heralds in almost every town of adequate size, and the "court heralds" that performed diplomatic services for their sovereign while trying to uphold the ideals of the Heralds. Together they formed a vast information gathering network that was frustratingly difficult to thwart. 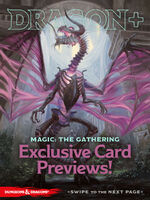 A Magic: The Gathering–centered issue, it contains previews of the Adventures in the Forgotten Realms D&D crossover set, with exclusive card reveals, the development of the crossover set, and the history of the game, as well as ideas for integrating Magic into D&D. It also looks at upcoming The Wild Beyond the Witchlight and Fizban's Treasury of Dragons, Mindbreaker: Baldur's Gate III, and Dungeon Academy: No Humans Allowed!. 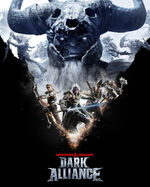 Dungeons & Dragons: Dark Alliance is a video game developed by Tuque Games and distributed by Wizards of the Coast, released on June 22, 2021. Up to four players take control of Bruenor Battlehammer, Catti-brie, Wulfgar, and of course Drizzt Do'Urden to battle hordes of creatures in Icewind Dale seeking the Crystal Shard.
“
Slay Together

Join up to 4 friends, online or on the couch, and battle iconic monsters from Dungeons & Dragons in a new co-op action RPG.
”
(Read more...) 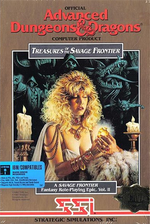 Treasures of the Savage Frontier is a Dungeons and Dragons computer game developed by Stormfront Studios and published by Strategic Simulations, Inc. It is the sequel to the popular Gateway to the Savage Frontier video games, and was the first ever role-playing video game to feature romance with an AI companion.

The players are the famed Heroes of Ascore who recently halted the Zhentarim's plans to conquer the Savage Frontier and the Moonsea. Continuing this journey of heroism, they are called upon to protect ambassadors from the Lords' Alliance. In a turn of events, the Zhentarim and their allies regroup, abduct the ambassadors one by one, and "replace" them. The new "ambassadors" of the Lords' Alliance smear the Heroes of Ascore as traitors, and the party must regain their well-earned name. Treasures of the Savage Frontier sees the party reaching new heights, from freeing the oppressed people of Farr Windward to slaying the great white dragon, Freezefire.

...it is 27 Flamerule, or the 27th of Summertide. Selûne is a waxing gibbous moon 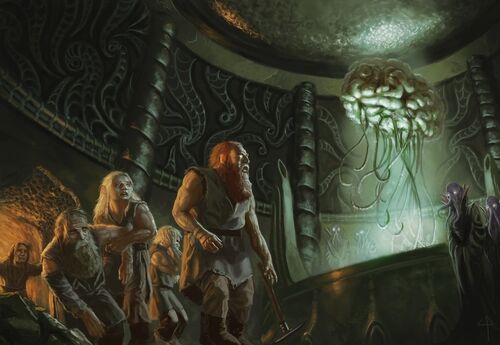 The dwarves of Clan Duergar fall to the power of the elder brain of Oryndoll.

Note: Use the Preview button before pressing Publish.
Beware: This wiki does not provide spoiler warnings.