"On my word as a sage nothing within these pages is false, but not all of it may prove to be true." — Elminster, the Sage of Shadowdale 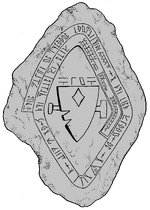 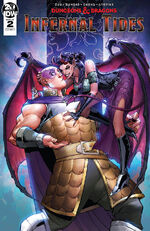 The Heroes of Baldur's Gate continue their descent into Avernus in Infernal Tides #2, written by Jim Zub and drawn by Max Dunbar.
(Read more...) 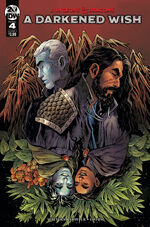 Can Helene and her friends overcome not one, but two evil red dragons? Find out in A Darkened Wish #4, written by B. Dave Walters and drawn by Tess Fowler.
(Read more...) 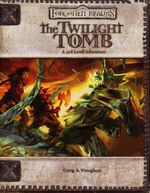 The Twilight Tomb is an adventure module set in the Forgotten Realms for the Dungeons & Dragons 3.5 edition ruleset, designed by Greg A. Vaughan.

The adventure sees the PCs on an expedition into the Yuirwood of Aglarond, where they discover a passage to the Night Realm, a demiplane splintered off the plane of Sildëyuir, realm of the star elves. Here, they venture into a citadel of glass and are caught between the mad schemes of a corrupted star elf named Mourel Duskwalker, a yochlol sorceress named Savera, and contend with armies of skeletons and orc and hobgoblin mercenaries and much stranger monsters. The theme is one of weird horror, with bizarre undead and aberrations appearing. The storyline reveals some of the history and culture of the star elves first introduced in Unapproachable East, as well as their conflict with the nilshai.

...it is 10 Tarsakh, or the 10th of the Claw of Storms. Selûne is a waning crescent moon 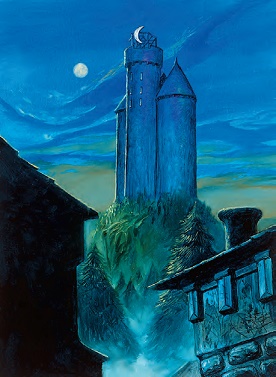 Note: Fill out the Edit Summary so we know what you did.
Beware: This wiki does not provide spoiler warnings.

Retrieved from "https://forgottenrealms.fandom.com/wiki/Main_Page?oldid=512960"
Community content is available under CC-BY-SA unless otherwise noted.