The Featured image template selects an image from a set of files (one for each day of the year) for presentation on the Forgotten Realms Wiki Main Page. The template is invoked with:

which defaults to the current date (GMT), or with an optional Gregorian calendar date in day month format like so:

The template selects an image page with the corresponding day number and month from the set of links below. For example, on the 11th of April, the template will select {{Featured image/11 April}}. If there is no featured image for that day, then the template should fall back to the image for the date of the nearest multiple of 7, plus 1. For example, if there is no image for April 11, then it should select {{Featured image/15 April}}. Therefore, please supply images for days 1, 8, 15, 22, and 29 of each month before filling out any other days.

Featured images may be chosen by any user, but are subject to vetting by administrators and may be deleted if not deemed appropriate. Ideally, all featured images should be:

After selecting one of the featured image links, the page should be written using the {{Format featured image}} template, filling in the required fields:

PICTURE.JPG
The file name of the image to be featured.
SIZE
The width of the image in pixels, large enough to be clearly seen but not unbalancing to the Main Page — 200px or 250px should be fine.
caption
A caption describing the image, with links to the relevant article for the image.
usethis
Must be set to all, AM, or PM (case insensitive). If set to all, the image will appear all day. If set to AM, it will appear in the morning hours (00:00:00 to 11:59:59 GMT). If set to PM, it will appear in the evening hours (12:00:00 to 23:59:59 GMT). Thus, you can put two images on the same page and each will be displayed for half a day. If left blank or set to anything else, the image will not display as a featured image.

The last line, between <noinclude> tags, will place the page in Category:Featured images with a sortkey that is the day of the year, zero-padded to three digits.

Featured image templates should be created at the following links. Please begin with days 1, 8, 15, 22, and 29 of each month to ensure the template functions correctly. If you want to put a specific image on a particular Harptos date, see this list of major dates and the corresponding Harptos dates. To see what image files have already been used, see the Featured image index. 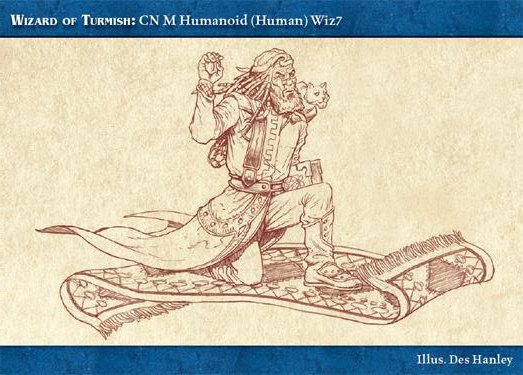 The Epic Stat Card for a wizard of Turmish.

What follows is a detailed, line by line explanation of how this template works, for those who really want to know. This template uses DynamicPageList (DPL) which is fully documented here. Below is the essential part of the {{Featured image}} template:

Retrieved from "https://forgottenrealms.fandom.com/wiki/Template:Featured_image?oldid=400419"
Community content is available under CC-BY-SA unless otherwise noted.