The Grand Tour is a Featured Source! It is one of the best documented and most complete sources on the Forgotten Realms Wiki.
However, if you can update it or further improve it, then please feel free to contribute.

[cite this]
Forgotten Realms: The Grand Tour is a comic published by TSR, Inc. as a limited-edition release. It presents a short, whirlwind tour of the Forgotten Realms, introducing various core concepts and themes, then-ongoing storylines from the novels, and famous characters, and notably features cameos from the characters of the Dungeons & Dragons animated series of 1983–1985, now older.
“
The Grand Tour plunges readers into the amazing world of Advanced Dungeons and Dragons, a popular fantasy role-playing game rich in history, intrigue, mystery and incredible creatures. Prompted by his overzealous friends, young Preston boldly confronts the legendary wizard Elminster, seeking the position of apprentice. The powerful mage is more amused than annoyed, and soon the normally awkward young man finds himself spirited away on a journey through both Time and Space, facing one dangerous situation after another. Ancient races, lost kingdoms, and secret treasures are displayed for the young wizard's hungry eyes, as well as several monstrous creatures straight from his worst nightmares. He soon realizes he's no match for the deadly forces Elminster faces on a daily basis, but at least he walks away from the encounter alive and with an amazing story for his friends.
”

In the mid–14th century DR, the well-known adventurers, Bobby, Diana, Eric, Hank, Sheila, and Presto visit Shadowdale. In doing so, they come across the great sage, Elminster. The rowdy group of friends manage to convince Elminster to take on Presto as an apprentice. Together, the two wizards journey throughout Faerûn, seeing several well-known figures in action. After returning from the grand tour, Presto decides that he is not quite on Elminster's level, and is content to remain with his friends.

Presto finds out being Elminster's apprentice is not such an easy task! 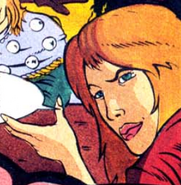 Sheila the Thief tries to convince the Old Mage to take on her friend as an apprentice. 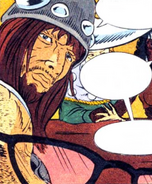 Bobby, who has become the largest of the group, talks with Presto.