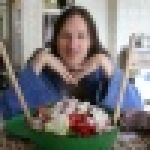 Hi David. Thanks for your comments on my talk page. We originally asked for there to be some mention of the FR-Wiki on the WikiProject Forgotten Realms because none was made there. We neither implemented nor asked for a large banner at the top of the page. I don't exactly recall who made this change but I feel it is slightly unfair and negative to refer to this as "spam banner" when you could simply remove it and state your reasons for doing so.

The WikiProject Forgotten Realms was not active for quite some time and very little progress was being made, so it seemed quite reasonable to gain editors here at FR-Wiki. The wiki now has quite a few active editors and it has grown significantly, both in article count and also in article depth, to the extent where I do feel that it goes beyond anything that Wikipedia could possibly sustain, because many articles are just so specialised.

I feel strongly (and I am sure that my two fellow admins, and the other regular editors here would agree) that our aim is to create the best possible encyclopedic resource for the Forgotten Realms. Whilst a small-scale collection of general articles is fine for Wikipedia, such detail as can now be found here would not be tolerated there, so what I propose is to keep the Wikipedia articles up-to-date when the ones here are expanded upon, in order to create a general reference to the Forgotten Realms. We do hope that WikiProject Forgotten Realms is a success, but would still encourage you to contribute here also. Fw190a8 22:36, 19 March 2007 (UTC)

Yeah, we have certain guidelines here on how articles are to be written. Straight copies from wikipedia arent fitting to those standards so they need to be formatted. Also, everyone is free to edit every article so I wouldnt recommend asking for reasons as to why each one of your contributions is edited. Johnnyriot999 06:57, 20 March 2007 (UTC)

I believe David was wondering why you removed some of his article. The reason is that the information Johnny removed were references to the real world. This Wikia is to be written as if in a bubble. No comparisons should be made between the Forgotten Realms and the real world. Since those comparisons are obviously a matter of opinion, since such comparisons aren't made within resource material. Wenin 16:26, 20 March 2007 (UTC)

OK, I understand better. This also make a difference between Wikipedia and Wikia, which means that both may be complementary: Wikipedia will readily make Earth comparisons, whereas Wikia won't. Thank you.
David Latapie (✒ | @) 22:21, 20 March 2007 (UTC)

Please check out the Forgotten_Realms_Wiki:Proposed_blurb_for_featured_wiki and make a contribution to the proposed blurb if you want! Fw190a8 19:01, 9 May 2007 (UTC)

Retrieved from "https://forgottenrealms.fandom.com/wiki/User_talk:David_Latapie?oldid=21278"
Community content is available under CC-BY-SA unless otherwise noted.