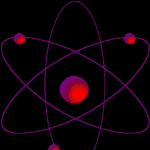 As I have been working on the dragonspawn from MM IV lately, I was wondering if you could make a templet like the one for Celestials, etc. I have a vague idea to start with:

Inhabitants of the planes Edit

I have seen you have added categories like Category:Inhabitants of the Planes of Chaos. As it would be quite some work to add that layer of complexity (or work for a really well-constructed bot), I want to point you to the category intersections at Category:Creatures by plane as an alternative. Inhabitants and creatures are of course not the same cup of tea, and I don't say one or the other way is better, but the second way exists.

As another thing I have added the 2nd "Damh" stats to Hyrsam. What's your opinion, what would fit better, the deity or the person template? We will loose a bit of information either way.

Thanks for the feedback.

Re: Damh: Great, I was going to add a {{Deity}} infobox to him later, but it is fine that you beat me to it! I think that any information that we lose from the {{Person}} infobox can just be mentioned somewhere in the article, so it can go away. The only thing that we lose from the Person infobox is alias, which we should probably add to the Deity template anyhow; sex, which is fluid for deities anyhow; parents; and languages. It's good form to mention a gods "parents" in the Relationships section, but languages for a god seems silly. He is an archfey in 4e and 5e, so the 4e class information can move to the avatar section also, like what I did for my update to Titania.

Yeah, I am still around doing bits and pieces :-). There is a wave of deletion of D&D-related content at Wikipedia, and trying to save a fraction of that keeps me busy. And of course there's real live... Daranios (talk) 20:36, January 14, 2020 (UTC)

I hope you don't mind, but I nominated a bunch of the Celestial eladrin articles for Good Article status. (Only Shiradi was left out)

I have two different fey-related questions. The first is, would it be more appropriate to use the Creature or Deity template for the Prince of Frost? He is given a Creature stat block in the Dragon article, but is an individual. Also, you used Deity templates for the Seelie Court; consistency might be good here.

Secondly, while the Celestial eladrin are repeatedly described as fey-like, at no point that I can find are they actually called fey. Therefore, I would not categorize them as fey; it seems far more confusing than helpful to do so. Instead, mentioning that the celestial eladrin were similar and occasionally mistaken for fey on the Fey page would be more accurate.

Can the Prince of Frost grant divine spells? and does he have worshipers? If so, then he is considered a deity and should have that infobox. Otherwise, he's just an archfey and gets a Person infobox. No individual ever gets a Creature infobox.

They were explicitly called fey by one of the designers during the switch from 3e to 4e. (Believe me, I put a lot of research into this question.) This is cited in the Celestial eladrin article itself and also in the Noble eladrin article. It is also described in the Eladrin disambiguation page. In 4e, all elves and eladrin (of any kind) are considered fey, and in 2e, elves and celestial eladrin are also confirmed to be distantly related. (See Warriors of Heaven.) "Fey" simply means that creatures have a connection to the Feywild. In Realms lore, leShay were fey who were the elven creator race, so a fey connection exists for at least elves in 3e, and that concept is revisited not just in 4e but also in 5e, with Mordenkainen's Tome of Foes. Yes, elves are not celestial eladrin, but they are, again, distantly related. There is no conflict with celestial eladrin being "celestial fey". Heck, one of Morwel's titles is the Faerie Queen.

Fair enough in regards to the eladrin. As for the Prince of Frost, he is described as having both exarchs and mortal followers, including some druids who worship him, but his most powerful mortal servants are warlocks, not cleric. He does grant a special spell to his warlocks, though. But honestly, it is all very confusing. What makes it worse is how his transition from "mortal eladrin" to "archfey" is described, in terms that are similar to how apotheosis is also described. Ugh.--SilverTiger12 (talk) 00:21, March 29, 2020 (UTC)

Well, yeah, that's tricky. I'd just give him a Person infobox for now, unless he is provided with any cleric domains in his stats, which I don't think he is. If he were a true deity by 4e standards, he'd have domains provided. ~ Lhynard (talk) 00:24, March 29, 2020 (UTC)

I started putting together his stats in the Deity template; it actually seems to be working the best. Mind if I continue, then see how it turns out?--SilverTiger12 (talk) 00:29, March 29, 2020 (UTC)

Hello. Sorry to bug you personally but you were online. 1. Could you get rid of that Tetris page some random randy put there. Don't think I'm allowed to do that. 2. Could you get rid of the page labeled Servants of Mammon. It seems to be a misunderstanding where the person writing thought the generic label was referring to a specific army. Pls and thanks.Vegepygmy (talk) 20:53, May 1, 2020 (UTC)

FYI, in the future, you can mark a page with the {{Deletion}} tag for one of the admins to look at and for others to see and discuss if they want.

You were correct about the "Servants of Mammon" and I deleted it and all related pages.

I had no idea that Tetris was actually an island. good to know

Does Wildemount count as an official setting? I know it's not exactly Forgotten Realms, but it says certain things about preexisting races that are FR canon and I don't know if it actually applies. I ask, because it seems different to Eberron or Greyhawk due to the Critical Role connection.Vegepygmy (talk) 21:05, May 13, 2020 (UTC)

Now, individuals from Wildemount can travel, by magic, to Toril or vice versa, and this has happened. Elves from Oerth have come to Toril, and so have gnomes and kinder from Krynn. The events that took place on the Critical Role show involving the Hand of Vecna do indeed have a connection to the Realms. But in no way does all material about races in Wildemount apply to the FR.

For the record Edit

I wish there was a more efficient way for me to respond to edits than this, but here we are - I was in no way attempting to "make up" stats for the Eldritch Giant. Making up stats is something that I would never do. I had simply, and thoughtlessly I might add, copy & pastied over what was shown on the 4e section of the Frost Giant's infobox, even though the latter's entry inside the Monster Manual 2 (4th edition) oddly enough only states (cold, giant) and nothing about giant-kin. Besides that, everything else on the page was added as I saw it inside the Monster Manual 2.

Hello Lhynard! I wanted to get back to you about the abilities of Caoimhin I had italicized. I think they are spells which his avatar can use as spell-like abilities, and they are italicized in the source. So I think we should also do that, at least where the spell name appears as such. Where the spell name is nicely integrated into flavor text, like for mending/mend and seeming/seem, I think either way would be fine. What do you think? Or is there another rationale going on here? Thanks for letting me know! Daranios (talk) 18:27, May 19, 2020 (UTC)

I'm sorry, Daranios. I failed to respond to this.

I personally do not like it when spell-like abilities are mixed up with actual spells. I realize that the sourcebooks often italicize both, but I greatly prefer only italicizing spells. (Actually, I don't like italicizing spells either, but it is the consensus.) 2e sourcebooks are sometimes bad about distinguishing them, but the rules technically do, and I try very hard in my articles to differentiate spells from spell-like abilities, by describing the magical effects in words without resorting to only the spell name. Sometimes, the description and the name will happen to correspond, but it is coincidental.

Can the following page be renamed?

There are a couple of reasons:

I believe there are only one or two references to it and I can edit those to point to the new one.

In this case, the page Ironfang already exists, because the term can refer to more than just the war pick, so there is a need for a disambiguation page.

I renamed the page to Ironfang (war pick) for you though.

In the future, you can do this yourself, by the way. Simply select rename from the edit button menu.

What is included in the Realms?Edit

Hello can you tell me what realms are included in the Forgotten Realms besides Eberron? because from what I've heard there are other campaigns of realms included I'm interested from the third edition upYountrainer 17:18, August 6, 2020 (UTC)

Actually, Eberron is not a part of the Forgotten Realms at all.

This wiki covers any topics with connections to the Forgotten Realms. This includes other planets in Realmspace and events and persons from other settings, such as the Planescape Campaign Setting or Spelljammer: AD&D Adventures in Space, that may cross over into the Realms.

If someone from Eberron came to the Realms, we would write an article about that person, but in general, Eberron has nothing to do with the Forgotten Realms.

I hope that clarifies things for you.

Retrieved from "https://forgottenrealms.fandom.com/wiki/User_talk:Lhynard?oldid=575045"
Community content is available under CC-BY-SA unless otherwise noted.